Disney Luca coloring pages – Disney and Pixar’s original feature film Luca is a coming-of-age story about one young boy experiencing an unforgettable summer filled with ice-cream, pasta, and endless scooter rides. Luca shares these adventures with his newfound best friend Alberto. All the fun is threatened by a deeply-held secret: they are sea monsters from another world just below the water’s surface.

Luca Paguro is a sea monster who farms goatfish for his family in a hidden area of the ocean. Luca, bored with his simple life, takes notice of a clock and a joker card that he found on the ocean floor. His mother, Daniela, is highly protective of him and warns him of being caught by anyone from the surface, while his father, Lorenzo, is slightly inattentive and distracted.

Find out what happenes next in this fascinating story. Coloring pages from Disney Luca animated movie here.

The next day, Luca follows a trail of more human objects until he is cornered by what looks like a deep-sea diver. The diver turns out to be another sea monster named Alberto Scorfano.

One day Luca and Alberto sneak into town and take in their new surroundings. It is quickly apparent that they do not know their way around. Luca accidentally kicks a ball at a shiny red Vespa owned by Ercole Visconti, a self-entitled teenager. Ercole rudely insults the two “out-of-towners” and mocks. Luca and Alberto are rescued by a fish delivery girl named Giulia Marcovaldo.

Here you can find coloring pages from Disney movie Luca. 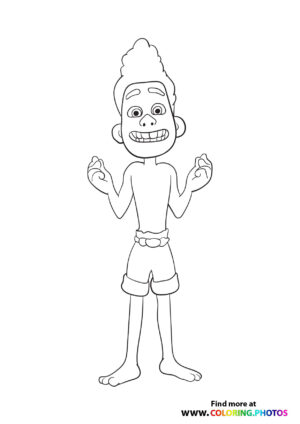 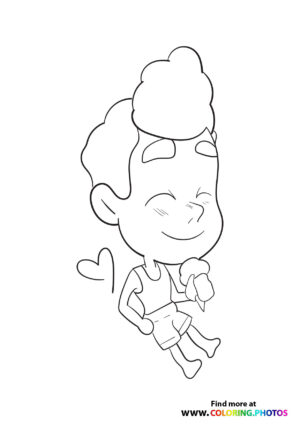 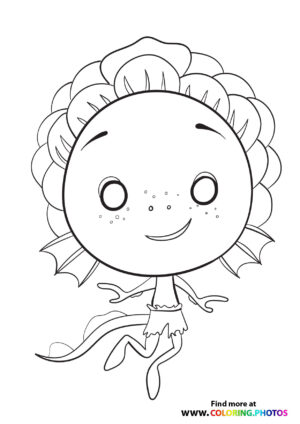 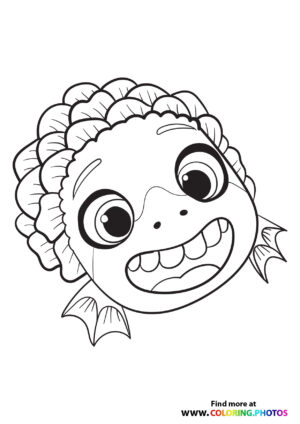 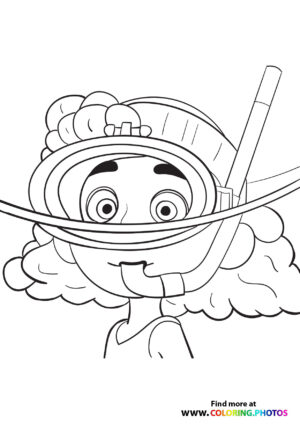 Giulia divin in the sea 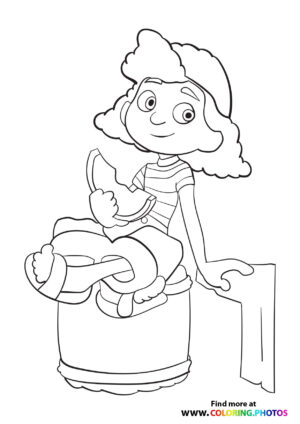 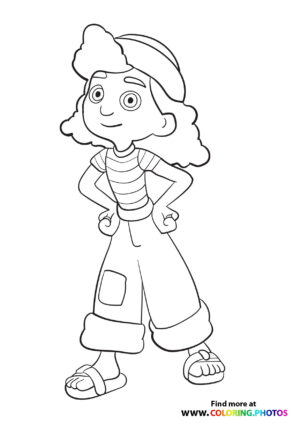 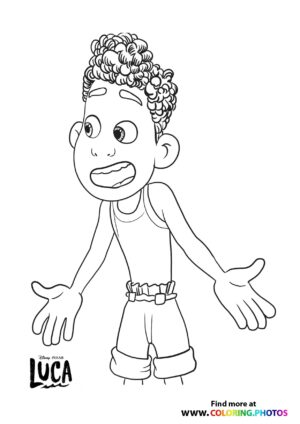 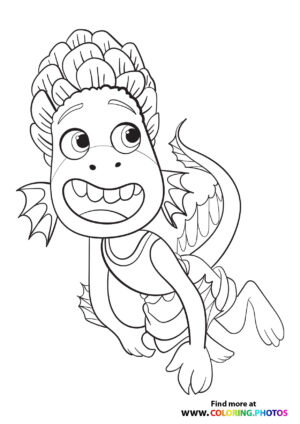 Luca Alberto in his sea form 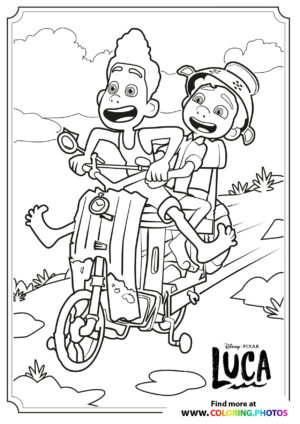 Luca and Alberto riding a Vespa 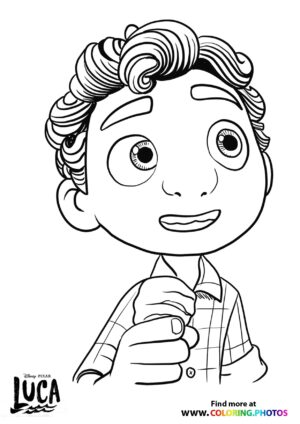 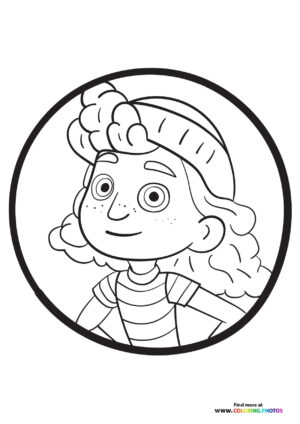 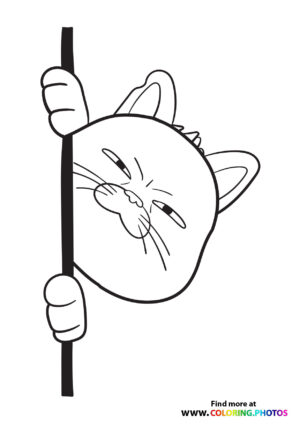 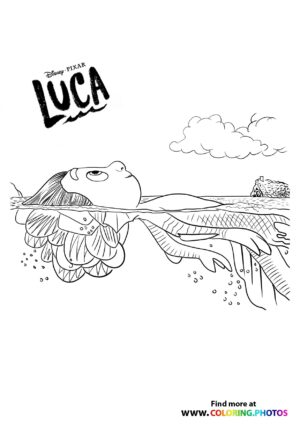 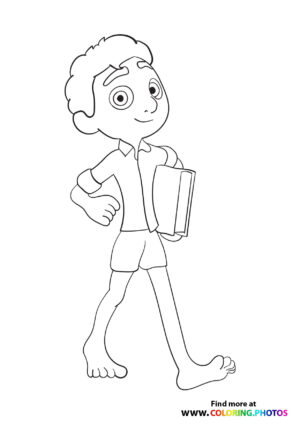 Luca with his book 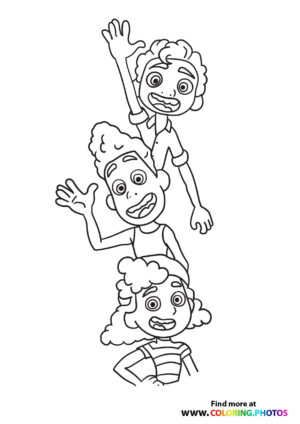 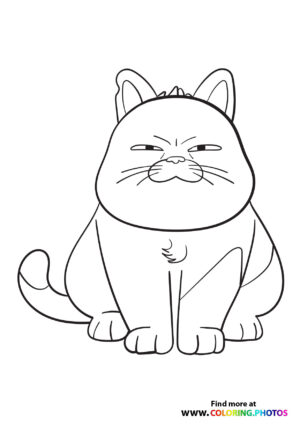 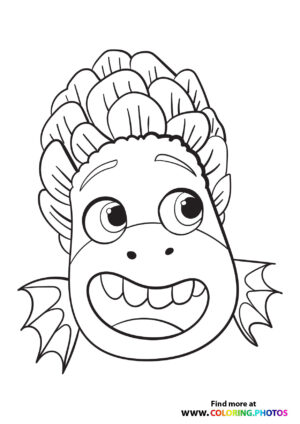 Monster Alberto swimming in the sea 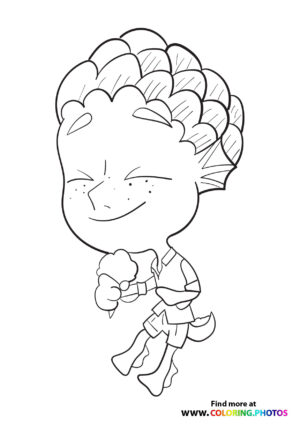 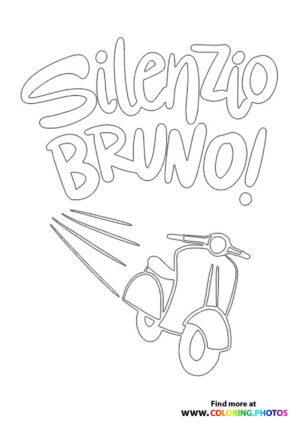 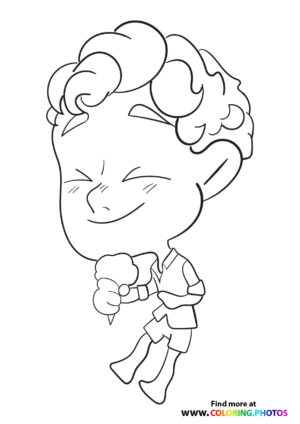 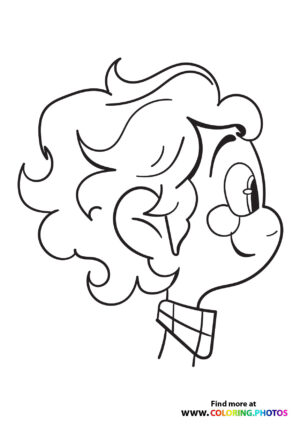 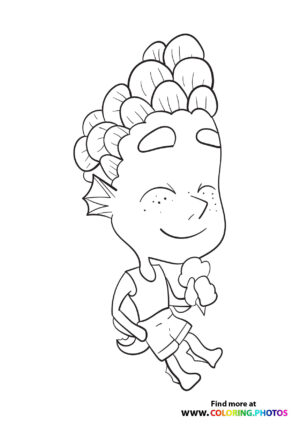 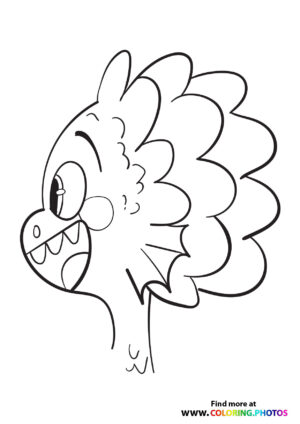 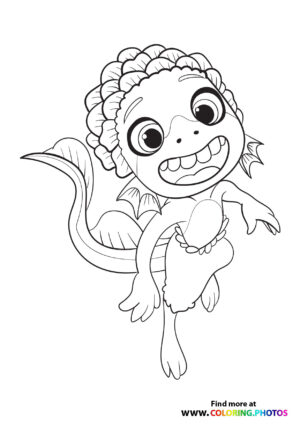